After the ban of the most popular Chinese apps including SHAREit, people in India are most curiously looking for some SHAREit alternatives, to make their offline file-sharing tasks in an easier & convenient way possible.

We all have used SHAREit for once, or you might have heard the name quite from a long before. It is a popular file-sharing application and also got a good response from its users for a long time consistently.

But have you ever thought about any alternative or similar kind of apps like SHAREit if any available?

Most of the time we stick to a single app, and gradually as time passes, it becomes our favorite one. Many of us don’t even try to discover some new apps or alternatives, cause that will definitely consume your good amount of time and effort as well.

Anyway, what I have found so far is that being good, in fact, a very good application, sometimes SHAREit doesn’t perform well on some devices either. You may have to try to connect 2-3 times or more to exchange files and media stuff.

I don’t think that you will waste your time anymore if this problem still exists with your device, so let’s find out some good alternative apps for SHAREit to overcome such a situation furthermore.

Note: We received a lot of queries related to suggesting some of the best file sharing app from India, as an alternative/similar to SHAREit. So we have covered few such apps only for Indian users to try those out.

JioSwitch is a popular Indian file-sharing app similar to the SHAREit and Xender. This app easily transfer files and media content in between devices wirelessly.

This app is available for both Android and iOS platforms, the app doesn’t contain any ads, thats why it is well known and a very good app to try.

You can share unlimited files without any file size or file type restrictions for free.

Share All is another similar app like JioSwitch, and fortunately, this app is also made in India too, this app also supports media and file-sharing by the wireless medium without any restrictions.

Share All app supports secure file-sharing with password protection, and this application is currently available only for Android users, you may find the iOS version in the near future shortly.

This application helps you sharing your files between devices using the Wi-Fi direct feature.

You can share photos, videos, apks and other kind of files by pairing two devices using Wi-Fi direct, QR code scanner or NFC. The web interface of the app allows you to share files to a device where there is no SuperBeam application installed.

This app is ad supported, and you have to pay the amount if you want to remove all advertisements. the paid version also supports Android to PC file-transfer feature.

SmartIO is the type of file-sharing app that has some kind of advanced features such as; contact transfer, WhatsApp chat backup transfer, mobile cloning along with all the general media and file transfer options.

It is a cross-platform file transfer app that supports data exchange in-between Android to Android, Android to iOS and iOS to Android as well. 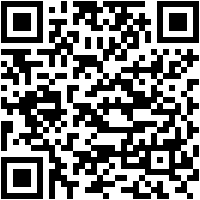 Send Anywhere is another easy and quick file sharing app like the Xender app. This application is able to exchange data from your Smartphone to PC or laptop without an Internet connection, by using Wi-Fi direct.

You can share photos, videos, apks & other media files by setting an expired date as you want. One can share files to multiple users once via creating a link also. Lastly, Files by Google is a cool and multi-purpose file management app that has several useful features available, be it from cloud backup to secure file transfer, it’s the all-in-one bundle.

This app is provided by Google, and of course its 100% free to use without any ads. The minimal design of the app interface will let you easily do the job for you in seconds.

This app can be used as a file manager and a junk cleaner for your device apart from the file-sharing feature.

I hope these apps will help your needs and you can avoid the dependency over those popular chinese apps in the future.

Some of these apps might be new for you and you also find some features different, but as you start to use, you will find it comfortable gradually.

If I missed any other such apps please mention it in the comments below.

Thank you for reading this article, now it’s time to share this piece of information with others around.