Every year, the mobile video consumption rate increases by 100% due to the guaranteed growth in engagement, exposure, and conversion. Recognizing that mobile devices account for the vast bulk of brief video consumption. Furthermore, the latest pandemic outbreak has increased the popularity of these video services.

Popularity reason behind these Platforms:

There are several reasons behind the popularity of this platform, but the main reason behind its popularity Is a ‘less time-oriented platform’.

In today’s world when everyone is busy in their own world. Then most of us don’t have time to watch a full-fledged video. So, a short video platform becomes an excellent option.

Because we get knowledge in less than one minute, it will save our time and also add value to our life.

There are several benefits of using this platform for both creator and user. Let’s discuss a few:-

On the other hand, for creating a short, you do not require a high-end setup or premium-quality equipment.

There are several short video platform in India, which has a high number of user and also provide good engagement to the creator.

TikTok is regarded as one of the greatest short video apps for creating and sharing short films. TikTok is one of the biggest platforms for content providers to show their abilities.

TikTok is a popular short-video platform that is compatible with both Android and iOS devices. It has been used by a wide user base from many countries since it was initially made accessible in 2016.

TikTok, which is owned by the Chinese business ByteDance, lets users create short and exciting hilarious, lip-sync, and dance videos. Millions of people have used the built-in features to edit, change, merge numerous movies, and make them more entertaining.

This app is banned by the Indian government in 2020. After that, so many short video creator platforms have come into the market. But, no one matches the legacy of Tiktok.

Instagram is a picture and video-sharing platform that allows users to edit, share, and upload photos and short films. Instagram is one of the most famous social media platforms in the world.

Reels provide some extraordinary reach to the creator, it also helps in profile engagement.

The benefit of Reels to the creator :

YouTube has also launched its short video platform known as ‘shorts’. This is a great platform for exploring the content and maximizing the reach.

Youtube shorts help the YouTuber explore their content to new audiences. This will provide some crazy reach to them.

It was created specifically for content creators and launched in 2015. Triller is a social networking and video-sharing software. Create short movies for fun sessions with your fans, friends, and other app users. It enables users to modify and synchronize videos in a matter of seconds.

After the TikTok prohibition, the Triller saw a surge in popularity, particularly in India. Many Indian producers and influencers have gone to triller in order to network and show off their video-making skills. 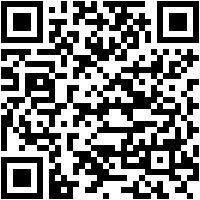 Another software that was created in-house for short videos. In its own nation, the Mitron app has gained popularity as a replacement for TikTok.

Mitron can create short videos, lip-sync videos, and funny dubbing videos to raise and use the TikTokmarket.With a variety of built-in capabilities, the short-format video app offers a unique opportunity to create entertaining content.

The Mitron user base in India is still growing. The development is taking longer than expected. Specifically, it was removed from the Google Play Store for violating privacy terms and rules. However, following the T&C update, it was quickly restored and is again attempting to develop roots in the Indian market. 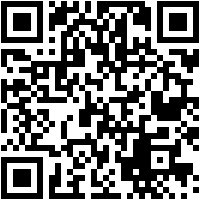 Chingari is a short video platform based in India. Chingari is a 2018 game that is accessible in 20 languages. It will be offered in 50 countries around the world by 2020.

To encourage the Make in India movement, this Short Video app was created in India.

In India, the Chingari App has received a lot of traction. The platform has about 38 million users. Because it is mostly used for status videos, its user base is still growing, and people are eager to learn more about Chingari. However, it is expected that the topic will continue to struggle for attention.

ShareChat is a free video streaming and content development tool.

It has been in operation since October 2015 and is a completely free site for watching videos from popular content creators. With a user base of 160 million and a community of more than 50 million creators. This short video app has become one of the greatest short video apps in India. It has also been shown to be a source of income for participants.

It has features like private texting, video sharing, and video saving. It has over 4-star reviews on both Google and the Apple store, indicating that it is widely used.

Roposo, a video platform developed by an Indian firm, wins all the privacy and security tests.

Roposo has seen a surge in popularity in video genres like comedy and dance. The ability to search for videos in a specific genre has long been a valuable feature of an app.

It has been in use since July 2014 and is available in 15 languages. It is a superior choice for those looking for video because it has an easy and interesting user experience. 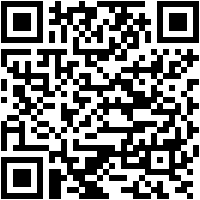 Josh, previously known as Munch, was a famous short video creator platform in India and in other countries.

Josh has invested big chunks of money in Google, Alphabet, and Microsoft to help India’s digital economy, despite the fact that he is still battling to gain enough exposure. However, Josh is improvised to make it more interesting and entertaining, based on numerous recommendations and critiques.

Josh is working well with Instagram creators and Bollywood stars for their social media campaign. It includes special effects, short videos, emoticons stickers, and genres such as dancing, travel, singing, acting, comedy, and education, with videos ranging from 15 seconds to one minute in length. Users can download videos from Moj, which is available on 15 different language websites.

Moj was released nearly immediately after the Indian government banned TikTok, and it has been downloaded by more than 100 million people in a short period of time.

Spotlight is a short video creator platform of Snapchat. It is very fun to crate and watch those videos.

Snapchat also awards prize money to the best creator for their best video.

The winner on this platform is decided by the Snapchat algorithm.

Spotlight doesn’t offer a comments section to the creator and your profile is only visible if you are above 18. Zili was another famous short video creator platform. In 2022, the audience of Zili has reached 10 crores.

Zili allows users to produce online content using a variety of editing tools and features such as puzzle films, boomerangs, and superzooms. These video editing tools are designed to assist users in quickly creating videos. Users of the Zili app can also watch videos in other languages of their choice and post them on their WhatsApp status. When 2020, Tiktok is banned by the Indian government. Then many new players entered the market, and MxTakaTak is one of them.

For reaching out to a large audience, MX Takatak runs various campaigns with Bollywood singers like Badshah and many other Instagram influencers.

Now Mx Takatak is hosting the reality show, and capturing the market intensively.

The short video platform is one of the best platforms for a creator who wants to increase their exposure to new audiences. These platforms have several in which, creators get benefitted, like;

Now, just talk about the benefits which the user/ audience gets;

If a newbie wants to become a Creator then this is the right place. Because they don’t have to spend hours shooting and editing. So, in every aspect, these platforms have their own benefit.

Ques.1- Can you earn money from the Short Video Platform??

Ans. Yes, you can earn money from these Creator App.

Ques.2- What are the revenue sources for creators on this platform??

Ans. The revenue source of every app may vary. But, the main two are;

Ques.3- How many videos do a creator upload in One Day ??

Ans. There is no fixed number that how many videos can one Creator upload in a Day. But, a creator can upload 2-3 videos per day.